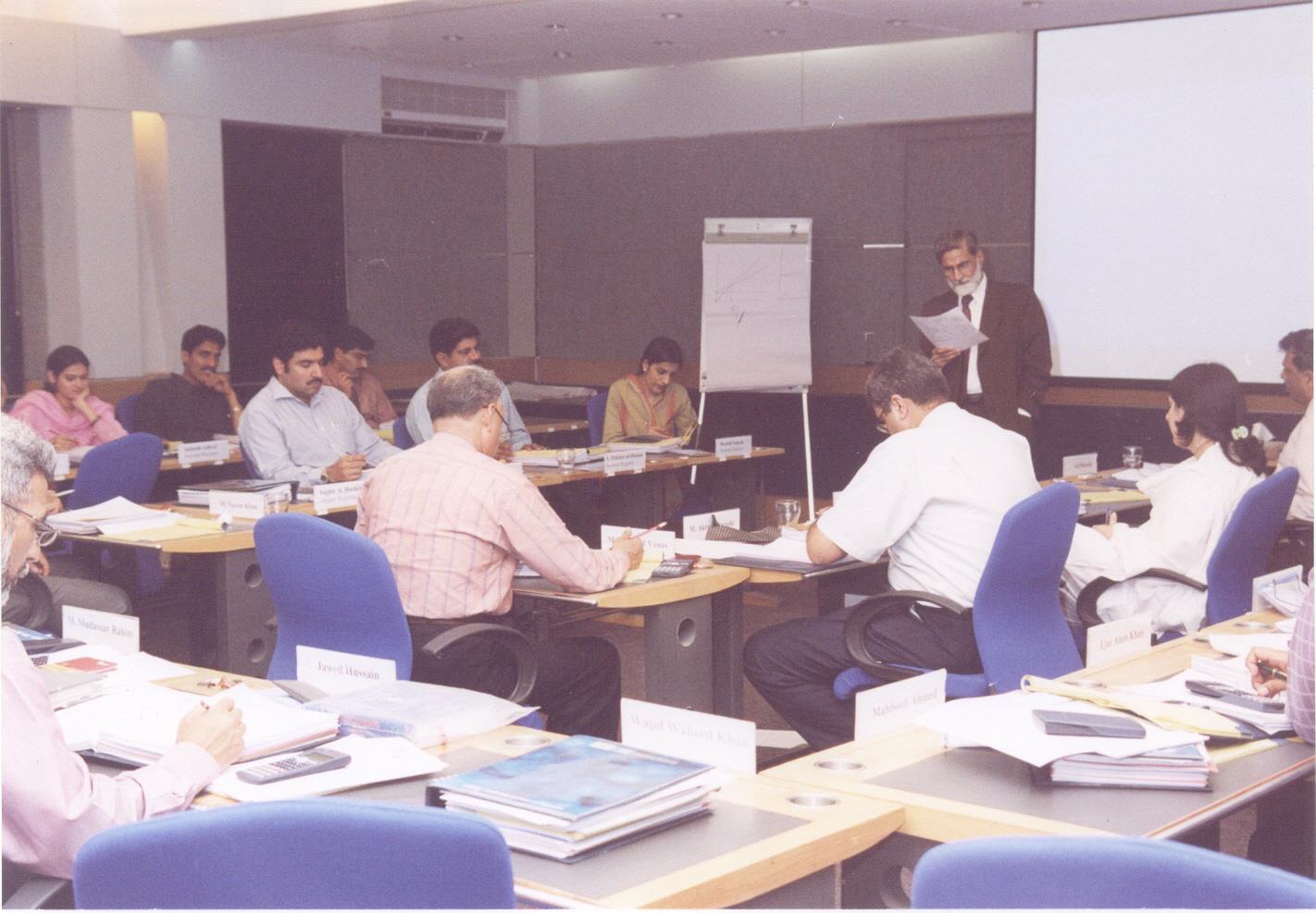 Professor Rao Nisar served at IBA's teaching faculty for 20 years till 2008. He was chairman of the department of accounting & law at the pioneering business school. He has an MBA and MS (Finance) and also completed his doctoral degree coursework at the IBA in that area. He has extensive work experience in corporate sector in senior positions, spanning o ver a period of 20 years in the fields of accounting and finance. Professor Rao has worked on important assignments of research and consultancy. His areas of teaching and research include accounting, finance, and economics. He is an educationist and conducted training programs in the areas of analysis of financial statements, and balanced scorecard for senior management of a number of organizations including largest bank of the country. As business and education consultant, he has been helping quite a few of educational institutions in their curriculum and academic programs. Professor Rao participated in quite a few international conferences and has been published in Pakistani and foreign journals including research reports. He has presented papers in international conferences in several countries and chaired these conferences. Professor Rao is on the editorial board of international publications, has supervised hundreds of research reports, and is presently thesis supervisor and evaluatorat several universities and a very large bank. He is a visiting professor of economic policy and international accounting - faculty of law, University of Bihac, Bosnia and Herzegovina besides being conditioned 'research papers' a publication of the university. Presently, he is engaged in academic and business consultancy.

PROFESSOR NISAR: A monetary policy is basically a tool or being intangible you call it a process through which a state organ, in our times usually central bank of a country, controls the supply of money or credit in an economy and tries to maintain a desired interest or discount rate. The objective of maintaining interest rate and using it as a tool to control supply of money or credit is to ration the credit for economic growth and stability. Now, economic growth and stability remains a dream without maintaining stability in prices and minimizing unemployment. So in its final weighing up the two major goals of any monetary policy are stable prices and lowest possible unemployment. The monetary authority, as I said usually a central bank, adopts an expansionary or contractionary monetary policy to increase or decrease the supply of money and interest rates in an economy for achievement of stable prices and higher employments. How these two types of monetary policies affect their goals of stabilizing the prices and unemployment control has been quite controversial between the economists. The economists differ in this area quite in proverbial way as they say that 'six economists in a meeting w ill have seven opinions in a matter discussed between them' . However, the subject is not very simple even if handled by good economists for the simple reason that decisions are never in the hands of economists rather politicians or executives of the country always interfere in the management of monetary policy even in the most advanced and democratic countries like USA or UK. The problem of interference by politicians aggravates further in developing countries like Pakistan. Besides political interference, we have other problems specific to our economic and social conditions. Here the monetary authority i.e. central bank cannot formulate, implement and manage the monetary policy independently and without interference for a number of reasons few of which I would like to enumerate:

a. On ground realities like large amount of foreign and domestic debts, fewer segments of economy like agriculture and smaller service sector being mainstay of the economy cannot by their very nature be stable for relatively longer periods. For example, crops may be affected either by weather or floods etc.

b. Authoritative or so-called democratic governments cannot sustain long-term policies. Policies for the governments are usually adhocinquite a few areas due to exigencies they face quite frequently and lack of technical and technological competence of decision makers.

c. Exigencies like floods, other natural calamities, and huge funds movement for situations like unplanned elections etc. require huge layouts and disturb the balance. Strong political pressures force decisions, which may not have financial viability like one group may get better allocation and faster disbursements because of their political clout. Circular debt in our economy, which has become an impending factor of energy crisis, is one good example of such exigency. A sugar mill or textile lobby may get an expansion of credit through their political strength.

d. Despite all the economic advancement and technological developments, a very large segment of our economy remains undocumented. In the absence of documentation, the economic managers make guesswork and they have to live with the drawbacks and deficiencies of guesswork. Howsoever good, guesswork would always give faulty results.

e. Corruption has also been recognized a good cause of affecting monetary policy. International institutions always blame developing countries and their governments for siphoning off development funds into corruption of agencies and economy managers

f. Low recovery of taxes and continuous missing the targets force the governments to borrow heavily from its own public and from international institutions. Also, the government indulges into printing of more money, which is a silent and forced tax slapped to public as the purchasing power of their money deteriorates.

YOUR COMMENTS ON INFLATION IN PAKISTAN.

PROFESSOR NISAR: There is no inflation in Pakistan. We are facing stagflation, which is a situation of continuous and constant increase in prices, slowing down the economic growth, and the unemployment rate remaining high consistently for longer periods. Stagflation is a dilemma situation for the economic managers - any attempt of lowering inflation results in even higher unemployment. Inflation could also be described as supply side inflation or demand side inflation; or put in more simple terms, a cost-push or demand-pull inflation. A cost-push inflation situation arises where price-parity-ratio with a country's trading partners is so exacerbated that your cost of production with specific reference to imported inputs increases without any increase in the volume or quantity produced.

COULD YOU GIVE YOUR INPUTS ABOUT INTEREST RATE?

PROFESSOR NISAR: As you know interest is the cost or rent on money borrowed and lent. Put in its simplest term, demand and supply of money (or credit) affects the rates of interest in an economy. Monetary policy of an economy is the tool to balance interest or discount rates. In Pakistan, government is the biggest borrower as it fails to collect the direct tax in desired amount. The entire population pays tax in one form or the other. However, we have less than one per cent direct tax payers in Pakistan and the collection of direct taxes is less than 12 per cent. Government borrowings have crowding effect and leaves very little space for business and industry or investment's in the economy. When the government is unable to borrow further or increase their tax collection, they tax the population in two ways: indirect taxes like sales tax and printing of more money. These factors raise the level of interest and make investment impossible to aggravate the further economic difficulties.

YOUR VIEWS ON ECONOMIC GROWTH.

PROFESSOR NISAR: We have been having setbacks in our production from several threats including political turbulence, continuously unfavorable balance of payments, energy crisis, and deteriorating foreign direct investment inflows . According to a World Bank report, our foreign direct investment (FDI) inflows shrunk to 50 per cent during the first nine months (July-March) of 2011-12. Our balance of payments have three major pressures and therefore is a chronic pain. The three pressures of heavy import bill of energy, IMF debt payments installments, and as already stated shrinking FDIs do not leave any space for investment and are pressures over our monetary policy as well. We have never been able to achieve our tax recovery target. Economic factors like FDI, debt prepayment, debt servicing, oil import bill all combined to exacerbate the fiscal and monetary balances situation. Our economy cannot grow in isolation. Pakistan is contributing around 10 per cent to South Asia's GDP and second largest economy of the region.

HOW COULD PAKISTAN TACKLE UNEMPLOYMENT?

PROFESSOR NISAR: There is only one remedy to unemployment - increase in economic activity i.e. increase the investment. Easier said than done, this problem has many dimensions each one very important and as I stated earlier we are caught in a vicious circle of low investment, low production, high inflation and slowed down economic activity. It has been reported that more than 400,000 people have been laid off due to power and gas load-shedding in the country. However, all is not that bad, as it looks primafacie. Good news is that there are predictions and estimates of big surge in the production of oil and gas. The prices of energy are expected to come down sharply in the wake of increased international production of oil and gas. Oil prices hit 8-months low on Tuesday in the international market. Judicious policies and better management by the federal and provincial (Sindh) governments could put 'Thar coal' into early commercial use for alleviation of energy crisis. Global Economic Prospect, a recently released report by the World Bank, has predicted economic recovery in Pakistan. According to the report, GDP in the country has increased to 3.6 per cent during 2011-12 after a sharp decrease during 2010-11. The report has forecast GDP growth of 3.8 per cent and 4.1 per cent during the next two fiscal years i.e. 2012-13 and 2013-14 respectively. 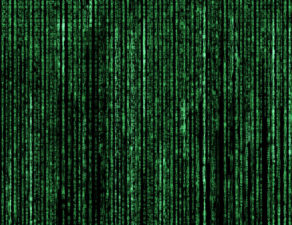